The MYSC article featured in Women's View Magazine by Janice Burton is reprinted here for your convenience.

In recent years there has been an uptick in women purchasing guns. Here in the South, that can be seen very clearly. In a recent survey of 1,000 female gun owners, by Guns & Ammo, it was found that 500 of those women resided in Southern states, with the South being home to more female gun owners than the rest of the nation combined. According to the survey, 42.8% of women gun owners live in rural areas, while suburban women comprise 39.1%. Women in urban areas comprise only 18% of the gun owning population, which may be related to the strict gun laws in urban centers. Women of all ages own firearms, but more than half of the gun owners surveyed were between the ages of 25 and 44 years old. Many of those women are new gun owners, which lends credence to the idea that there is a growing number of women who are becoming gun enthusiasts. Though 65% of women gun owners reported a spouse or significant other as a fellow gun owner, nearly 30 percent were the only gun owners in their households. More than 800 of the women surveyed said they have used their guns in the previous year and nearly 60% intend to maintain their gun activity in the next 12 months, and 38% intend to shoot even more.

Geary Chlebus is a gun instructor in the community and is an advocate for people knowing how to shoot. Chlebus, owner of make your shot count, has decades of experience in the law enforcement field, both civilian and military. He is also certified by the State of North Carolina as an instructor and uses the material certified by the state in his instruction. Make your shot count is a firearms training business with a goal to empower, educate and provide a source of enjoyment to those wanting to learn more about firearms. Chlebus welcomes students no matter their experience. His focus is helping his students understand how to avoid deadly force confrontations by being aware of their surroundings and recognizing that there are alternatives to engagement. If there is not another alternative, gun owners must know not only how to use their weapon and make their shot count, but also have the right mindset. During Chlebus' class, students will come to understand the importance of a firearm's safety, the fundamentals of shooting and how to raise their skill level by learning how to engage multiple suspects, move and shoot tactics, use of flashlights to identify possible threats and engage if necessary. Chlebus further notes that if push comes to shove and you have to shoot someone, you should be aware of the ramifications and what to do in the aftermath of a shooting. Gun owners should possess the knowledge and ability to judge a particular situation as to when to invoke your right to an attorney and remain silent and handle future requests to meet with law enforcement and prosecutors for questioning. Students will also learn the legal definition of justified self-defense for self and others in the legal standards of ownership or possessing a firearm in the home, car and at work. One way to get that knowledge is to take a class like Chlebus' Concealed Carry Class, which is 8 hours long and includes firearms training, range times, consultation on weapon choice, classroom instruction and more. According to the Make Your Shot Count website, the goal of MYSC is to serve the student with realistic and practical instruction that will make the student as proficient as possible during the class time. Enhancing skills is a focal point which Chlebus takes seriously. For More Information, call 910-670-2055

Check back soon
Once posts are published, you’ll see them here. 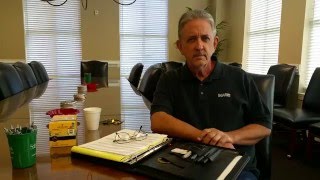 Why Geary's CCH Training is Different 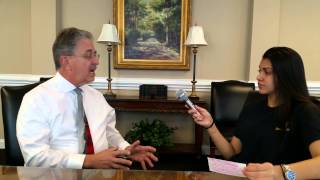 Who Came To Concealed Carry Class in Fayetteville NC?

Janice Featured In 'Women of Distinction'